Australia is a country with a vast territory and a sparse population. Immigration is a major source of the labor market and a key factor in economic development. Therefore, for a long time, Australia has been constantly absorbing immigrants to make up for the inadequacies of the domestic labor force, and has adopted immigration policy as a basic national policy.

The basic idea of BrainGain is that technical workers in the third world can play a role in promoting the economic development of the country. But its basic premise includes two points: First, the careers of the elites of the third world in industrialized countries are similar to those of career development after returning home; second, the role of national policy makers to push the talents come back to the country. The German immigration expert Uwe Hunger and several scholars put forward two core ideas about “talent acquisition” based on the theory of immigration. First, the conversion between human capital and financial capital. In view of the “New Growth Theory”, the scale and quality of endogenous factors are pointed out. For example, the reserve of human capital is positively correlated with economic growth(Lesleyanne, 2005)

.27 If high-quality personnel in a (developing) country continue to emigrate or even immigrate, then the country’s economic development will also be reduced and even halted. The “acquisition of talent” theory breaks this conclusion and points out that the reduction in the talent capital reserve is only an initial quantitative loss. With the gradual improvement of skilled immigrants’ living standards and social status in foreign countries, there will be a shift in financial capital, for example, through remittances and other ways from the immigrated personnel to improve the quality of life of their loved ones and even investment. Second, the transformation between human capital and social capital. The so-called social capital, that is, the social influence of skilled migration in developing countries, promotes the development and expansion of the country’s talent market. Technical immigration assumes the role of a bond between developed and developing countries, promotes research and cooperation between domestic and industrialized countries, and creates new investment channels for the country.

The Rudd government promulgated reforms to increase the use of temporary visas, forcing employers to give priority to local kings, and to pay temporary workers or immigrants holding a 457 visa the same level of wages as local workers. The government also raises English skills requirements for trade, chefs, and other low-tech industries. In 1996, in response to the ever-growing Australian economy and the growing interest of employers in foreign skilled workers, the Australian Government introduced in the “Immigration Act of 1996” rules and procedures for the simplification of immigration of over-competitive foreign skilled workers nominated by employers. 457 visas were created(Eric, 2009). The Australian Immigration Bureau not only simplifies immigration procedures for temporary skilled workers, but also allows new employers to nominate foreign skilled workers to work in Australia for 3 months to 4 years. The most important reason for this is that it is difficult for employers to acquire skilled workers in Australia. Because Australia has a small population base, it is difficult to find suitable talents in certain areas, especially in highly specialized fields. For example: shortage of talent due to new developments in mining, manufacturing, and medical technology. Many employers also need to hire these people so that they can train local employees.

From 1996 to 2002, in the occupational distribution of 457 types of temporary skilled immigrants, the proportion of engineers has increased significantly since 1996, followed by computer engineers, clinicians, and construction engineers(Eric, 2009). The main reason is that there are talent shortages in these areas in Australia. Many Australian residents who possess these professional skills are relocating to other countries for employment and seeking better development opportunities. Among the skilled immigrants, Britain has been the largest importer, accounting for one-fourth to one-third of the total. Peter Mares, an assistant researcher at the School of Social Studies at Swinburne University, points out that temporary migration currently accounts for about 20% of the young Australian labor force, and that temporary migration, like permanent migration, is the source of skilled labor in Australia(Eric, 2009). The report shows that the number of 457 temporary visa immigrants introduced each year in Australia is now close to the number of permanent skilled immigrants introduced each year. Although the number of visas in Australia fell sharply in the short-term during the global financial crisis, compared to five years ago, the number of temporary skilled immigrants in Australia has almost doubled from 64,340 to 116,012.

The aging issue in New Zealand is serious, migrants could alleviate the problem. Some researchers believe that in the next three years, New Zealand’s retail, hotel and aged care industries will require an additional 200,000 workers.The fitness industry and tourism are booming. The aging of the population and the growing economy have all aggravated the demand for service personnel(Polackova, 1997）. According to reports, the elderly population in New Zealand will grow exponentially in the next 30 years. The population aged 85 and above will triple, from 83,000 in 2016 to 270,300 in 2046; the population over 65 will double, from the current 700,000 to 1.3-1.5 million. As the population ages, the gap between the birth rate and the death rate shrinks, and it is expected that New Zealand’s population growth will slow to less than 1% by the 2030s.The latest unemployment data shows that in the past three months, New Zealand’s unemployed population has dropped to 132,000. So in the short term, local companies will have to recruit immigrants. New Zealand news website NEWSHUB reported that in New York, 2015-16 (July 2015 – June 2016), New Zealand’s population increased by 2.1%, or 97,000 people, to 4.69 million, of which net migration was 69,000, which was the fastest increase since the early 1960s. . According to projections, New Zealand’s population may reach 4.9-5.1 million in 2020 and 5.3-7.9 million by 2068（Bernoth， 2016）.

The nature of geopolitics 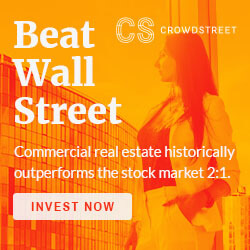